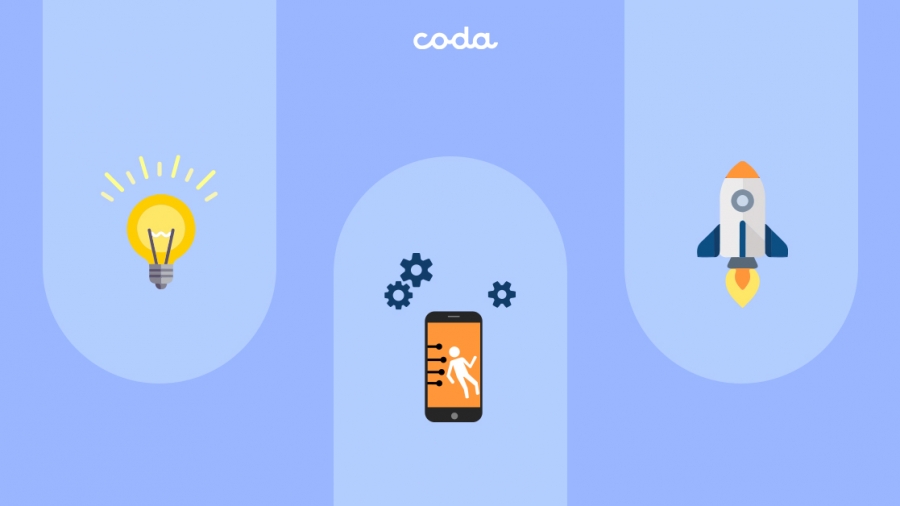 The last few years have been really exciting ones for independent games makers. We have witnessed a wave of enterprising individuals deliver games that have captured the imagination of global audiences. Some games, like Aquapark.io, Roller Splat and Archero and even Coda-backed examples like Rope Rescue, Balls Master and Juicy Stack have gone on to achieve massive downloads and revenue.

Anyone who has tried to get their mobile game published knows it can be a cut throat industry and only a few games will be a success. Most games won’t earn a cent, some games will make a small amount of money for their developers, others are more successful, some might go stratospheric.

What if the game you have produced is not a creative or financial success?

If that’s the case, it is time to have a re-think. We’ve noticed that most studios that approach us already have on average five games in their account and are still looking for a hit, so persistence is key. Analyse why your game didn’t meet your expectations and apply some of the lessons you learn next time around.

There are several places you can go to get useful advice. GameAnalytics is a free service that will enable you to get a deeper insight into the performance of your game and the people who play it. There’s also  Deconstructor of Fun, a blog and a podcast that specialises in free-to-play games and is loaded with advice for games creators. Other useful podcasts include GameDev Loadout and Game Dev Advice.

If you want more information now, here are some pointers on things to consider before you launch your next game.

1 Have a marketing strategy

This seems an odd place to start given that we are discussing creative failures, yet one of the reasons why games aren’t successful has little to do with the quality of the games, but rather the way they are marketed.

Many game creators are brilliant at conjuring up innovative, addictive games. Yet when it comes to pushing them out they are often novices. The days when developers could launch a game out without a marketing strategy and become successful are long gone.

So here are a few tips from our team:

You need a marketing burst to act as a catalyst so that enough people  know about your game, then if it is addictive as you hope it will be, the game will be successful. An effective user acquisition strategy is key to any successful game as is an understanding of how to optimise a game for the app stores (ASO).

If you’ve got a good game or two already under your belt but you’re finding all of this marketing a bit too overwhelming, Coda may be able to help. When you submit a game to us, we have a team of acquisition experts who can produce creatives and test your game for you.

Even if you spend big on pushing your game out, there is a chance that it might be doomed from the start because there simply isn’t a market for it.

There are many obvious reasons why your game didn’t find an audience, Some developers, for example, make the mistake of creating a game that is too close to one that they created before that was successful. Others might find that the niche in which their game is based simply isn’t popular enough.

That’s why we believe that market intelligence is so important when deciding what kind of game to create, being able to see what type of casual games are successful at the moment and which mechanics, elements and design styles are trending is essential for any game developer.

To support game creators Coda has developed a Market Intelligence dashboard, which is a great way to see what is trending in the word of mobile games, particularly hyper casual games. It can provide insights that might make you rethink the type of game you are creating, or conversely validate your existing hunch. You can even see what games are being tested pre-launch  helping you spot any upcoming trends.

Another area in which games fall down is because they haven’t been properly tested. There are either glitches in the game or the user experience is a poor one. This then leads to gamer frustration, bad reviews and fewer downloads.

Again this is something Coda seeks to address with our SDK. Whether you want to test your game designs or delve deeper into user journey our SDK can help. The key is to create a user experience that is seamless. Our always-on machine learning system can help, from analysing data from your in-game events to suggesting the best timing for interstitial ads.

No matter how enticing your game is you need a strategy that ensures that players keep playing it on a regular basis. So many games fail because the game creator didn’t give stickiness enough attention.

One smart way of doing this is by creating an in-game currency, which enables players to buy more lives, skip levels, acquire new skins, upgrades and more. Currencies do require some general knowledge of gaming economics to make it work effectively. This can be really interesting research for new game developers and an interesting maths challenge but it can also be very daunting if you’ve never done it before.

For game creators that prefer to focus on designing great games, the Coda SDK is a great solution as it takes care of all currency and gaming economy considerations for you.. The  in-game currency module is so advanced it even allows developers to build a connection between in-game currency and shop currency almost immediately.

Ok, so your game might be a creative success, but can you really call it a success if it doesn’t reward you for your endeavours?

One area that a lot of developers find difficult is monetisation. There are many different avenues to explore when it comes to making money from a game and some developers find dealing with multiple partners tedious and don’t pay revenue acquisition as much attention as they should.

For most casual games advertising is still the number one source of revenue, so games creators need to focus on building relationships with networks. There are however so many ad networks to choose from, so consider mediation.

We can’t help talking about our SDK as it’s really useful for creators in this position but yes, our SDK can take care of all your monetisation issues in one simple integration.

Ultimately there are many reasons why games don’t succeed. Poor marketing is a major one, but choosing the wrong mechanic, not properly researching the market and not maximising revenue opportunities can all play a part. At Coda we encourage all game developers to explore these areas as best they can but if you ever find all of the added knowledge required to launch a successful game to be overwhelming, come and chat to us and let’s see if we can help you get your best games off the ground.

We use cookies to ensure that we give you the best experience on our website. If you continue to use this site we will assume that you are happy with it.Ok