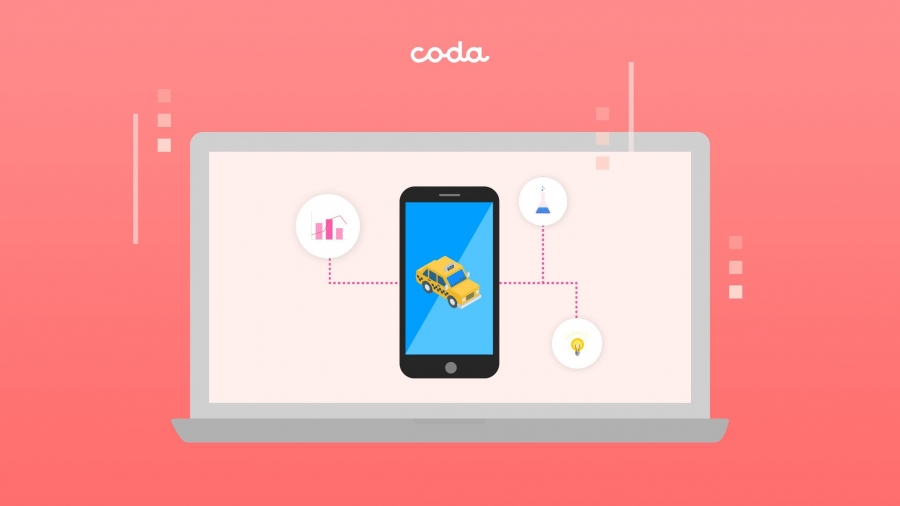 Machine learning is the process of teaching a computer system how to make accurate predictions when fed data. The technology, which incidentally is a subset of Artificial Intelligence, is ubiquitous. Whether it be algorithms that are powering recommendations on Netflix, Spotify, or Google determining whether an email we have just received is spam, we can really  take for granted the outsized role machine learning really does play in our lives.

Machine learning has been used sporadically in game development for several years now, but now has a key role in the creative process in enabling developers to work out what type of games to produce.

Machine learning underpins a lot of what we do at Coda from our Market Intelligence tool through to the SDK kit that enables developers to build and commercialise games. Here is a little more detail about how we use machine learning and the benefits it brings.

Many game developers start their process with an idea. This might be to make a game in a specific type of genre or one that will attract a certain type of player. Some of their decisions are based upon what they enjoy about games developing and what they feel confident in producing. For others it may be driven from a commercial perspective. What type of games are going to ultimately be successful and make them money?

There are thousands of people in the world who can make games. Yet only a small minority of the games that are actually produced are a sustainable commercial success. The balance is already tipped in favour of the big studios who can back their bold, innovative ideas with large amounts of cash to acquire users and ultimately achieve virality.

So games developers need a helping hand in understanding what games are likely to be successful and why. This is the mission of our Market Intelligence tool which uses machine learning in two very effective ways. Firstly it uses computer vision technology to tag various elements of the games that are already in the app stores. So it will be able to tell, for example, if a game is 2D or 3D or if it is cartoon-ish or a puzzle game but most importantly it can accurately determine which more mechanics and secondary mechanics the successful games are using.

Among the parameters it looks at are;

View: Back, Isometric, Side, Top

This then feeds into the Market Intelligence tool to show the developer who is creating what type of games. It also powers our trending tool which can pinpoint the type of games that are proving most popular.

Suppose the game developer now knows what genre of game to work on. How do they know if it is going to be successful? The machine learning tool which powers Market Intelligence also looks at a host of datasets to predict what the game’s lifetime value (LTV) is likely to be.. We need to know how much money the developer will make in advertising and IAP from each player. In particular it looks at the behaviour of the users that have actually started playing the game in its early stage (including the time of day they play, how often and how long for). By scraping all the data about successful games and analysing them, we can then draw a picture of how much money the game is likely to generate from each user.

This is so useful for the developer as they can then go back to the drawing board and tweak the game, changing its format, parameters and more to optimise its chance of success. We then sometimes test the games again using this process and in the past have discovered that we can increase the LTV of the user which has ultimately made the games more successful and lucrative.

Coda is very proud of our prediction system as it has proved to be highly accurate in choosing which of the games on the platform is going to be most successful.

Once a developer chooses a game and is confident that it has every chance of being a success they can then use our SDK which not only helps them create the game but saves them vast amounts of time and enables them to simply add layers and features which previously would have been complex to incorporate. The SDK is also smart. It can use machine learning to ensure that the game is as successful as possible by extending user engagement times and delivering subtle but effective monetisation options.

As the gamer starts to play so machine learning technology amasses information about the player and then in real time begins to optimise the game. So, for example, if they are a really good gamer it won’t necessarily show them games tutorials. It can also help with ad placement. If the player only typically plays the game for a few minutes at a time it will ensure that an ad is served quickly. If they generally tend to play for extended periods it might wait to show them an ad.

Ultimately Coda uses machine learning to keep the player engaged while making sure that ads are served at an appropriate time. Coda can also work with third parties, for example Facebook to optimise when the ads are shown, ensuring gamers are shown the right ads at their optimum time encouraging click throughs.

One thing that we are working on is identifying areas of the game that would be most worthwhile tweaking. For example, there may be particular levels that users don’t like or specific demographics that are hyper-engaged with it.

This is just the start of the process of optimising games using machine learning. There are many other options that we are currently considering and these will be rolled out to the platform in the coming months and years.

We will be delving deeper into machine learning in the coming weeks at the Coda blog. Please let us know if there are specific machine learning related topics that you would like us to cover.