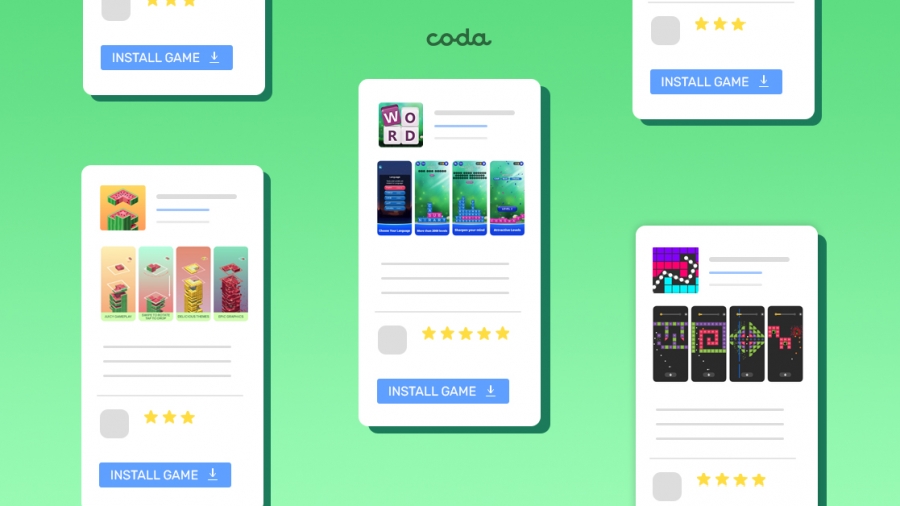 You’ve worked hard to develop an exciting new mobile game which ticks all the boxes and has the potential to be a sure-fire hit. You’re now ready to launch your game to the masses, but the only thing standing in your way is mastering the holy grail that is app store optimisation.

For the vast majority of smaller developers, advertising their new game is unlikely to be a viable route to market. Figures suggest that the average CPI within developed countries is typically around $1, and given that it takes an average of 80,000 downloads to reach the US top 10 list on the App Store, developers would need some serious funding to opt for this route. That’s why ensuring that your game’s ASO is on point is so critical to success when you’re a smaller developer or studio.

Whatever your studio size or experience, the aim of ASO for all game developers is to gain high visibility in the app stores by getting your app to rank higher than similar games in the search results. Given that the majority of this process is automated, you’re essentially relying on your listing resonating with whatever algorithms are currently in place to filter and rank games on the store. The trouble is that the benchmarks for ASO are constantly changing, so what might have worked for a similar game in the past are likely to no longer apply. Due to the continued fluidity in this area, the only way to make sure your game listing is performing optimally is to test, test and test again, both internally and live on the stores.

That’s easier said than done though. It can be really hard getting the right balance, if you live test too many of the wrong elements then you could negatively impact downloads. On the other hand, it is only by tweaking various aspects of the listing and analysing the results that you’ll work out the winning combination.

The sheer number of data points can be overwhelming even for the most experienced of developers. If you’ve currently reached the stage where you need to evaluate your app store listing, here is a quick checklist of factors to consider.

Having the right icon can make all the difference to whether users decide to download the app or carry on scrolling. The image should help demonstrate the core appeal of the game, so this may not be the logo itself. It’s also advisable to avoid small text or words within the icon design as this will be indistinguishable when users are browsing the store. If you are pondering over a couple of icon options, proceed to A/B testing and analyse which creates the most downloads.  It’s worth playing around to get this right, as some reports suggest a great icon can increase downloads by over 500%.

The title of your game is a critical factor and it needs to be able to immediately explain what kind of game it is. Players tend to seek out particular types of games, or certain game mechanics, so it makes sense to include category or action words in the title. A great example would be our recently released ‘Words Tour: Pop Word Stacks’. It’s also worth remembering that although you can have up to 255 characters on the App store, longer isn’t always better. Sticking to the core aspects of your game is key when creating the most impactful title.

Getting the right description in place is essential to boosting visibility, but not necessarily for the reasons you think. The App store for example doesn’t factor in your description into its ranking algorithms, however it is essential for targeting those more inquisitive players who really take the time out to review the details before proceeding with a download. Whilst they may seem the more cautious player, data actually shows they are likely to have a far higher LTV.

In contrast to the iOS App store, Google Play does take notice of the description, but you can also be penalised if your listing is too spammy, usually by overloading with keywords. Given the importance of the description in both stores, albeit for different reasons, make sure that it clearly summarises the game while including a good balance of keywords.

Screenshots of the game are absolutely essential and should immediately showcase the key elements and mechanics of the game. It is advisable to use your strongest images first, as most people don’t scroll through more than the first four images on a listing. Videos are an effective way to enhance this even further and can really improve download rates, however they are expensive to produce and carry a much bigger risk of turning potential users away if they don’t hit the right mark. Some figures suggest that videos can either increase or decrease app store downloads by 25%. Therefore, the vast majority of smaller developers and studios will steer away from videos and stick to some really strong hero images instead.

Just because you’ve got everything working optimally doesn’t mean it will stay that way forever. Statistics show that conversions from a store listing tend to decline over time. It is therefore important to regularly refresh your listing with details of any major updates.

At Coda, we are committed to helping our partners to navigate the ever-changing landscape of App Store Optimisation. We understand the complexity of this process and the frustration felt by developers and studios who know instinctively that they are onto a winning new game, but don’t have the expertise or experience when it comes to effective ASO. Our sophisticated Market Intelligence platform helps to showcase best practice and our expert teams are continually evaluating, analysing and testing to make sure our partners are equipped with the best framework to launch their new game to the masses.

Ultimately however, the overriding success factor will always be the quality of the game. If you get that right, the rest will naturally follow.