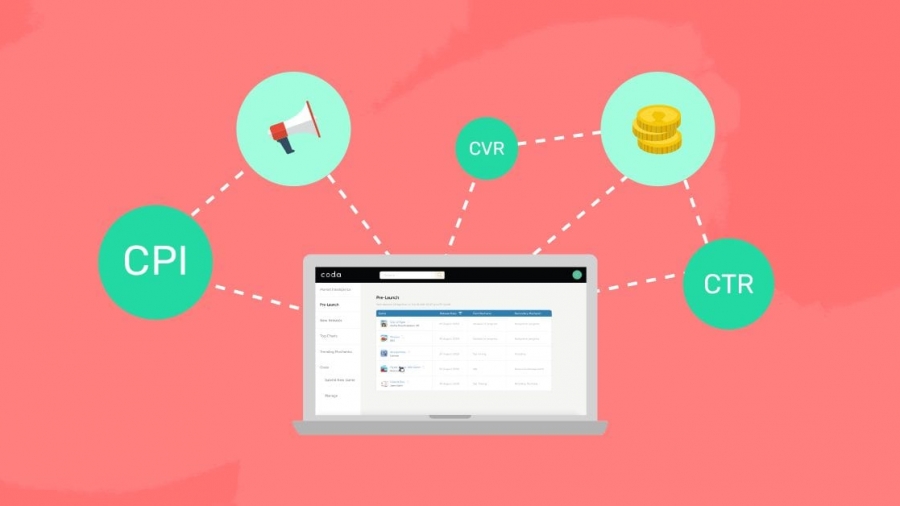 You only have to take a look at the store charts to see the sheer volume of new games hitting the market at the moment. With so many people on lockdown across the world due to the coronavirus pandemic, it’s worth noting the recent stats released by SuperData which reveal that spending on mobile games rose 15 percent during March to reach a whopping US$5.7 billion. With such a captive audience now is certainly a prime time to start live testing your game, but steep competition means that you really need to be analysing the right data in order to ensure you aren’t missing a trick and that your game is as successful as it can possibly be.

If you’re ready to start testing your game, we’ve put together some of the most common pitfalls made when game developers and studios embark on market testing.

One of the biggest mistakes developers make is not having clear benchmarks against which to assess the success or failure of their game. Figuratively speaking, apples have to be compared with apples. Having a clear understanding of the key metrics and success criteria you should be analysing is critical so that the right conclusions can be made when it comes to making those all important tweaks and improvements to your game during the critical testing phase.

Low CPIs are widely considered to be a valuable indicator when it comes to the long term viability and monetisation of a game, but it is important to understand the other factors that could be influencing this figure in order to really understand the bigger picture. Indeed, the current coronavirus pandemic has led to a noticeable decline in CPIs and CPMs. However, it is important to look beyond just CPI and delve deeper into the metrics that have led to that figure. Arguably factors like CTR, CVR and even IPM could prove to be more robust indicators.

Metrics are constantly changing and so the benchmarks for testing and measuring success for your previous game, or those used by your nearest competitor, are unlikely to be the same when you are ready to enter the testing phase of your new game. Smaller developers in particular often don’t have the in-house teams or resources to be able to analyse and test results against thousands of games, but that’s ultimately what is needed to be able to accurately assess the game’s performance and long term viability. That’s the great thing about working with Coda, our Market Intelligence platform provides insight into the latest  trends while our expert team shares detailed analysis and benchmarks directly with the developers and studios we work with. It’s a winning combination.

Getting distracted by detail

As a game developer, your skills, attention and resources should be dedicated to creating successful games, but the complexities of testing mean that you can quickly find yourself drowning in the detail which ultimately takes your eye off the ball. By submitting a game to the Coda platform, we can run extensive market testing, edit your artwork or videos for optimum setup and then analyse the results in the context of thousands of games.  All the latest launches from major hyper-casual publishers and studios are tracked and analysed daily, leaving you to focus on what you do best, making great games.