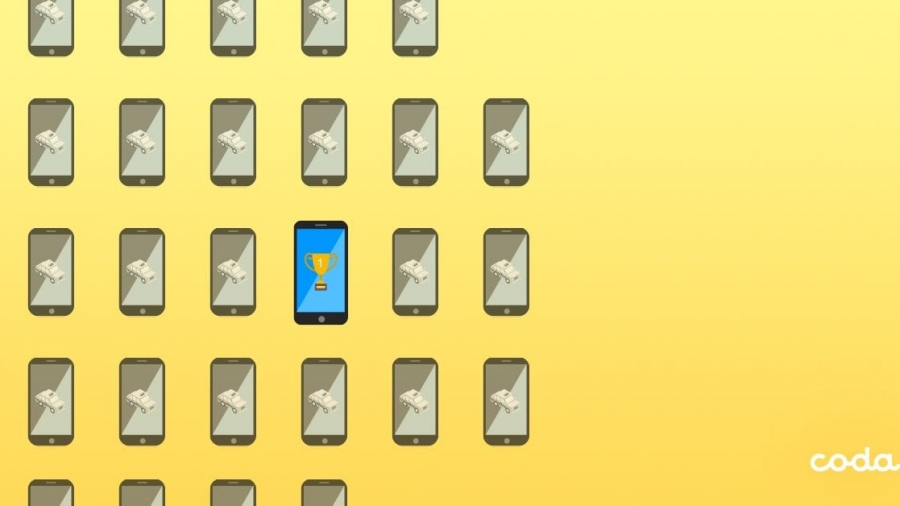 “Mobile gaming is the leading gaming platform worldwide by consumer spend and opportunities are continuing to expand in the sector – it is not a market limited to incumbents or the biggest players” – App Annie – State of Mobile 2020 Report.

2020 is set to be an extremely good year for the mobile gaming industry. At the end of 2019, the mobile gaming market was worth an estimated $68.5 billion and this year, it is set to surpass $100bn across all mobile app stores. According to App Annie, mobiles games saw 25% more spend than in all other gaming combined during 2019.

When you drill down further into the numbers, things get even more interesting. App Annie’s State of Mobile 2020 report reveals that 17% of games surpassed $5M USD in annual consumer spend during 2019 when compared to 2017. When viewed over the same period, the number of games exceeding $100M USD also saw an impressive 59% growth.

Naturally, game developers and studios are keen to cash in during this time, but as we all know, those coveted top chart positions are incredibly difficult to achieve without a significant marketing machine driving forward aggressive paid user acquisition. The trouble for many smaller studios and indie developers is that they’re busy making good games, but the vast majority of these aren’t getting the opportunity to shine. In the pursuit of a small number of multi-million dollar revenue-generating games, some bigger publishers tend to overlook what are clearly very viable games –simply because they don’t meet their stringent benchmarks. As a result developers are missing out on those juicy marketing budgets that are guaranteed to help propel their game up the chart rankings.

This can be a bitter pill to swallow when similar games appear to be charting well or worse, when your game is actually ranking higher! It’s fair to say that all successful games have the same basic foundations. The quality of the game has to be high, it must have strong, bright and appealing graphics, a good combination of primary and secondary mechanics and it has to have engaging game-play. Ultimately, all the ad budgets in the world can’t protect a substandard game from high churn rates, poor retention and low LTVs, so this really is the litmus test when it comes to preparing any  game for future success.

Ultimately, If your game has good metrics – and early testing shows that it is likely to be profitable – it makes sense to pursue a route to market that will allow you to recover these profits and know that your time, effort and hard work has not gone to waste.

It’s also important to set benchmarks for what you would consider to be a mark of success for your game, as it is likely that this will vary greatly depending on the size of your team, the number of games you’re working on, plus an array of other internal and external factors. It’s worth bearing in mind data from GameAnalytics, which revealed that the top 25% of mobile games only see an average retention rate of 4% 28 days after download. Other figures suggest that the average retention for day 1 is around 25%, falling to 11% by day 7.

A Coda, we live and breathe gaming and as a result, we can provide developers with the right structure, toolset and industry expertise to help make your game as profitable as possible.  Achieving top charting games will always remain our goal; all of our work is channelled into helping developers and studios to create the best possible mobile games. The reality is that there’s plenty of money to be made if you get the fundamentals right and focus on getting your game in good shape.

Competition is incredibly intense. As a small studio or indie developer, your game might not make it to the top of the charts, but with a mobile gaming economy worth $68.5 billion, the pie isn’t getting any smaller. If there’s a chance for your game to make you money, it’s worth chasing after your own slice.