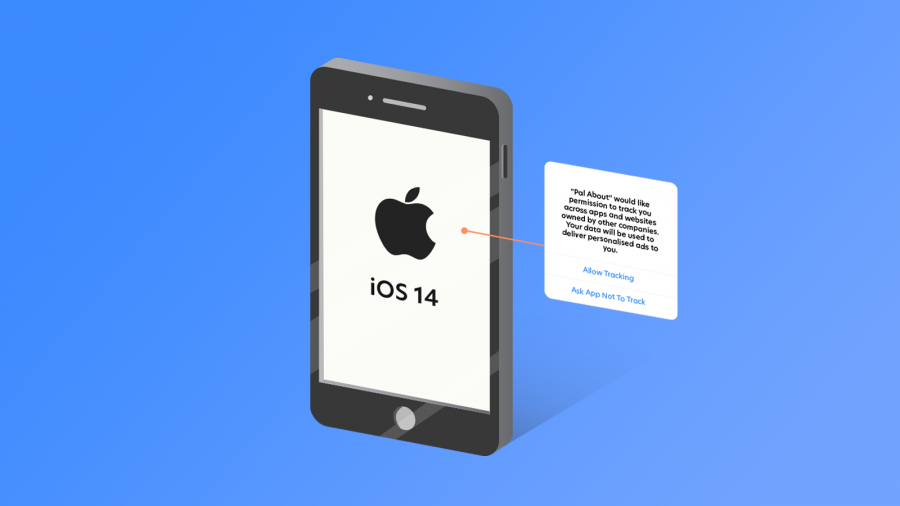 Last week, Apple announced the release of iOS 14, their latest software update that will be made available to the 1.5 billion iOS devices, coming this September. While the user interface will receive a facelift along with audio and app optimisations, perhaps the most notable change was the announcement of new data protection features for users.

In a bid to protect the privacy of personal user data and provide further transparency into how user data is being collected and used, Apple announced updates to user-tracking permission, location services and recording features. In particular, Limited Ad Tracking or LAT will become more accessible with users to receive automatic permission requests, likely causing opt-out rates for IDFAs (Identifier for Advertisers) to soar. This will undoubtedly have a huge impact upon the ad tech industry and the way in which advertisers can deliver user-targeted ads.

Since in-game advertising makes up a majority of revenues and targeted ads are a valuable UA strategy, we’ve all started thinking about how this will affect the hyper-casual gaming industry. What can we expect to happen in the months ahead and more importantly, what can mobile game developers do to prepare?

iOS 14 will impact both sides of mobile gaming

Apple’s iOS 14 privacy update has essentially made IDFA irrelevant as advertisers will no longer be able to use them as shortcuts to finding and targeting users with personalised ads. While the ability to hide IDFAs has been available for some time through the LAT in iOS 13, the opt-out option will soon be glaringly obvious as it prompts users with the opening of every new app. As a result, opt-out rates are anticipated to be significantly higher and will undoubtedly have an impact on monetization and user acquisition for mobile gaming.

When it comes to monetization, the new iOS 14 privacy changes could see the Ad Network environment changing drastically. As it stands, several networks such as Facebook deny any request if an IDFA is not attached to it. This means that many networks, larger players such as Facebook and Google included, will have no choice but to adapt to the new changes imposed by Apple.

As a Monetization expert at Coda, Ozan Daldal predicts changes from both sides: “By not using an established identifier such as an IDFA, brand marketing may slow down significantly. On the other hand, performance marketing should be able to increase its volume as the inventory of the publisher is expected to grow continuously. If this new setup manages to establish itself, lower eCPMs are to be expected.”

“If this new setup manages to establish itself, lower eCPMs are to be expected."

On the other hand, it is very unlikely that the bigger players are going to vanish. Facebook and Google act as dominant channels for user acquisition and currently sit on large piles of purchaser data. That said, it looks like User Acquisition will be impacted negatively with this loss of personal data. Matching users with app events will become a real challenge. And just as non-gaming advertisers will struggle to target users through games, it will also become more difficult for publishers to target users directly to install new games.

As tracking and measuring becomes increasingly complex, we will be looking to MMPs and ad networks, in particular, to introduce new privacy-safe solutions that leverage aggregated data. At Coda, our data science team works on an array of R&D projects to optimize and improve live ops and feed their learnings to our SDK team. We see an opportunity to segment users without tapping into PII but still delivering a more personalized gameplay experience.

Where to from here?

Since iOS 14 is yet to be released, it’s difficult to say with certainty what we can expect to happen in the market and what solutions key players will create. However, there are some things developers can do now before the release of iOS 14 to prepare themselves.

As a developer, for starters, it’s important that your game is compliant with the latest measures before Apple’s new update kicks in. If your app or integrated SDK isn’t compliant, then you could face challenges in getting your game approved and subsequent delays to launching your game. For example, many developers will need to ensure that they use App Tracking Transparency to request permission to track the user and access the device’s advertising identifier. It’s therefore imperative to check your current game roadmap and plan accordingly.

Another factor to consider is that Android is yet to follow suit with the same privacy updates as Apple. Google’s Android currently offers similar LAT features to users, but their opt-out rates are relatively lower at 2-3% in comparison to Apple’s 20-30%. As a result, less restrictive data rules could see the value of Android users increasing. This could potentially incentivize publishers to start encouraging both OS versions of a game in order to launch. So, now could be the time for developers to brush up on their Android skills.

As for our CEO, Sekip Gokalp, he anticipates a change in the overall ad environment that will require publishers to step up for developers during this time. “It’s to be expected that there may be a period of uncertainty as the unit economics of hyper-casual games changes, but now is a good time for developers to prepare their games for the iOS updates and challenge their publishing partners to see how they will react to the new rollout. As for Coda, we’ll be in touch with our partners and working with our engineering team and expertise to navigate these new changes in the industry.”